In this episode of All Things Co-op Larry, Cinar, and Kevin attempt to answer the often asked question for anti-capitalists - “What does your future society look like?” While one version of a post-capitalist society is Star Trek, we can wait that long - we need something now. So, starting from the standpoint of an economy based on worker self-directed enterprises they discuss what the government in such a society could look like. They attempt to answer how economic decisions could be made, how things could get built, and how we could distribute the goods and services we produce. If you’ve ever wondered what the future looks like, check out this episode. 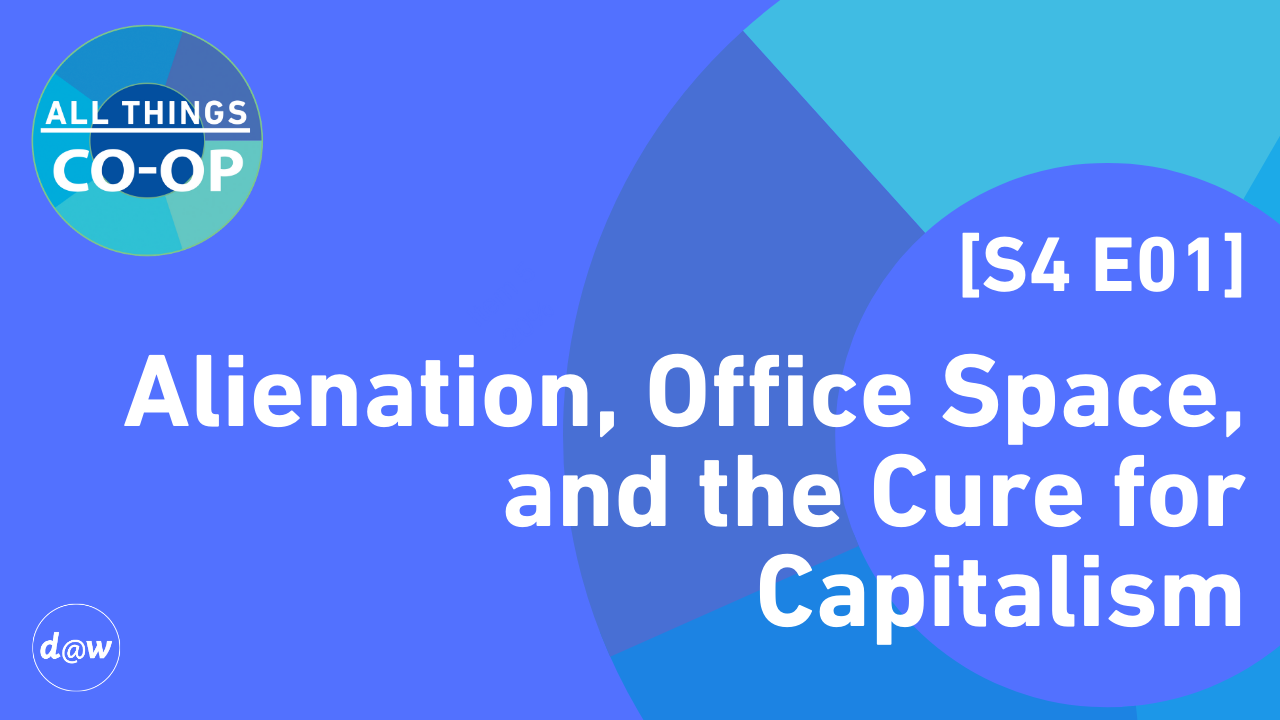 All Things Co-op: Alienation, Office Space, and the Cure for Capitalism

Work sucks. But why? Why do we all long for happy hour after work ends? In this episode of the All Things Coop podcast, Larry, Cinar, and Kevin sit down to talk about the theory and lived reality of alienation through the black comedy "Office Space." They discuss the consequences of alienation wider society and how Worker Self Directed Enterprises may be the cure to this pervasive problem. You don’t hate Mondays, you hate capitalism.